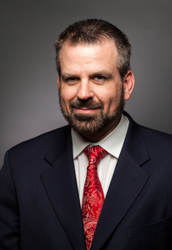 With his background as a high school football and basketball coach, Scott understands the importance of preparation. Scott has taken the lessons he learned in competition and applied them to his practice.  He believes the success he has achieved for his clients to be the direct result.

Scott practices exclusively in civil litigation. While successful resolutions may come in many forms (including negotiated or mediated settlement), Scott relishes the opportunity to try a case to verdict when advantageous for his client. Scott thas been recognized for his ability and dedication to his clients. He is rated “AV Preeminent” by Martindale Hubbell. Other accolades include:

Scott has been admitted to practice in all State and Federal Courts in both Alabama and Mississippi.

Scott graduated with Honors from the University of Alabama School of Law. While in law school, Scott is proud to have been recognized as a Hugo Black Scholar. Other law school honors include:

Originally from a small South Alabama community (Rose Hill), Scott has made his home in Gardendale with his wife, Crystal and two children, Kenley and Houston.  Scott spends his spare time shuttling his kids to sports’ games and practices.  However, he also makes time out to work out, run obstacle races and has recently begun practicing Brazilian jiu-jitsu.