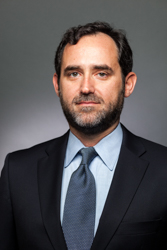 Kerry is a natural litigator whose approach to the practice of law is focused on integrity and aggressive advocacy. Kerry represents both plaintiffs and defendants in a broad spectrum of cases including business, civil, complex litigation, intellectual property, personal injury and professional liability. Kerry has counseled clients in cases ranging from intellectual property disputes to federal environmental regulatory issues. Kerry practices in all Alabama courts including the United States District Courts for the Northern, Middle and Southern Districts and the United States Court of Appeals for the Eleventh Circuit, as well as in administrative proceedings and arbitrations. He has extensive experience representing individuals and firms in matters involving engineer and architect liability. Additionally, he handles various matters involving workers compensation, fraud, bad faith and professional negligence.

Prior to practicing law, Kerry studied with world renowned artists and placed in state and national competitions as a concert classical guitarist. In his free time, Kerry continues to perform with his guitar on stage, in venues throughout Alabama and the southeast playing various styles ranging from classical and modern to popular and rock.